أخبار عاجلة
الرئيسية / الدراسات والأبحاث / ترجمات / من العربية إلى الإنجليزية / That you may know one another”: A Cognitive Vision

That you may know one another”: A Cognitive Vision

“That you may know one another”: A Cognitive Vision*

O mankind, indeed We have created you from a single (pair) of a male and female, and made you into people and tribes that you may know one another… (Al-Hujuraat (The Private Chambers): 13)***

It is not just a “declaration” or a “reminder” but is of more advanced and higher level. It is a Divine “Action” and “Will”. Dare anyone wipe away, eradicate or limit It, by challenging Allah the Almighty?! May Allah protect us and you.

This Action, Declaration, and Reminder requires a deduction, so we should deduce the following:

Yet, this can be achieved by mutually acknowledging the right of existence, sharing sciences and knowledges without monopoly, cooperating in what is mutually public and agreeable and engaging in fair competition properly as well as repelling evil with what is good as much as possible3 properly. All this should be applied with mutual respect of identities and privacies.

“….And admits them to Paradise, which He has made known to them.”(Muhammad: 6)

This means that which He beautifies for them and made them keen to enter.

Therefore, the known refers to the recommended and the familiar; the matters which people are acquainted with (due to its beauty). It is a word of every matter which its beauty is recognized by reason or Divine Revelation.

In addition, Knowledge is the realization of something (as it exists in the reality) by contemplating its traces (a definition derived from: the good is recognized by the traces of its good odor). In another words, it is a reason-based understanding.

In addition, “know one another” means to get acquainted with each other (It is a mutual realization of existence and identity in an environment of friendly and pure vibes).

In addition, “knowing one another” means to mutually interact in all acts of kindness…in a known familiar activity… to establish relationships among people in a proper manner and in a familiar way …to establish proper and friendly relationships with others.

Recognition is opposite to strangeness and ignorance, as Allah Almighty says:

For Example, the Prophet (ﷺ) said:

The spirits are like recruited troops; those who know one another will be friendly, and those who do not, will keep apart 4.”

In fact, the “universality of this tendency towards the act of knowing one another” is one of the characteristics of Islam:

This is the nature of the religion itself. It is not an Arabian, eastern, western, or a racial or regional call but a call to “the worlds”; the whole creatures.

How could it be possible to have a Universal Lord whose Messenger, Scripture and Religion are also universal, and, yet, this religion does not call for “interacting” with “the worlds”?! The interaction cannot be achieved without properly “know one another” as mentioned hereinafter?! How could it be possible also in case of the “honored” worlds, as mentioned in “and we have certainly honored the son of Adam” (Al-Israa’ (the Night Journey: 70)!?5

On the other hand, it can be attained through:

In other words, “knowing one another” needs the “desire” to intimately meet and interact; morally and physically.

This achieves “harmony” which helps in maintaining the integrity of the harmonized members, to interact without neither negating nor melting any of them in other identities.

These “several distinctions” (between “males” and “females”, “people” and “tribes”, with all the requirements needed and all the results) depends on building relationships among mankind…It is irrational to be growing/ diverse/ various people without being different. It is irrational also to belong to the same origin, as sons of Adam, without achieving harmony!

“Had Allah willed, He would have made you one nation [united in religion], but [He intended] to test you in what He has given you; so hasten to [all that is] good…” (Al-Ma’edah (The Spreading table with food): 48)

“For each [religious following] is a direction toward which it faces. So race to [all that is] good….”(Al-Baqarah (The Cow): 148)

If there is no duality, diversity and difference in a frame of harmony not violence8 , the motives and reasons of competition among individuals, nations, people, thoughts, ideologies, religions, philosophies and civilizations will perish. Consequently, life will be full of dull and rotten passiveness, with no vitality, renewal or progress.

Finally, “knowing one another” is: “a merciful interactive communication” and is neither “eradicative and aggressive” nor “passive”, where there is neither “reclusion” nor “melting or hybridization”.

Moreover, the philosophy of “knowing one another”, we presented its fundamentals here, is a vision which:

** An Egyptian Physician and Researcher

*** All the Quranic English Interpretations mentioned here are retrieved from: https://qurano.com/

1  the concept of “subdivision”, in every sense of the word, indicates the internal connection and solidity from one side and the privacy and independent personality from the other side (If not, how to achieve a subdivision among the scattered or the identical?!

2  the concept of “subdivision”, in every sense of the word, previously mentioned.

3  reflect on the Saying of the Truth Almighty: “ (Repel [evil] by that [deed] which is better; and thereupon the one whom between you and him is enmity [will become] as though he was a devoted friend.” (Fussilat (Expounded): 34) and also “Repel, by [means of] what is best, [their] evil. We are most knowing of what they describe.“ (Al-Mu’minun (The Believers): 96).

4  compiled by Muslim (2638) with a complete chain of transmission and mentioned by Al-Bukhari (3336) as Hadith Mu’alaq, a Prophetic narration that has one or more successive narrators omitted from the beginning of its chain.

{Note: The English Translation of the Hadith text is retrieved  from https://sunnah.com/ (The Translator)}

5  how dare the followers of religion “neglect” those honored by the religious teachings?!

How dare the followers of religion call for “boycotting”, “avoiding”, “abandoning” and even “belittling” those honored by religion?!

How dare the followers of religion to “belittle” those honored by religion?!

How to accept for those honored by religion to be categorized, by utterances sometimes and deeds most of the time, as human of a second rank?!

In fact, “being descended from Adam”, human beings have been granted this honorable status which is permanent and inevitable. Humanity is the reason of their honorable status because Allah Almighty allows human to have his own free will in choosing between faith and polytheism, which is the core of all issues. This free will is protected by its Giver even from His Intervention. He never forces any one to believe and He also totally and generally forbids His Slaves to force any one to accept religion. Thus, giving human this honored status is natural and legal due to the Divine honored status given to him in a form of his free will….Allah honored him and granted him freedom, so we pay tribute to him for this Divine honored status (our acceptance of a non-Muslim does not mean that we accept his polytheism or idolatry, but means that we accept the Divine  honorable status granted to him; his free will granted to him by Allah and its choice whatever it is. It is a legal acceptance of his nature and not a dogmatic acceptance of his path or creed)…It is not right to allow someone to totally enjoy his free will, during his life, to believe or not to believe, then, at the same time, oppressing him. If this is not among the forms of compulsion in acceptance of religion, so what is the compulsion?! …Allah granted human an honored status, in the issue of creed which is the core of all issues by allowing him to choose. Thus, it is not appropriate for us to belittle him by oppressing him when enjoying his freedom whatever his choice is.

© Gentiles is a term that is usually used by the Jews to refer to “someone who is not a Jew”; believing that Jews are the chosen people of God and that others are considered as common ignorant people. This verse proves the discrimination, prejudice and antagonism of the Jews against others. (The translator)

6  a saying by our prominent professor and scholar Dr. Muhammad Emarah

7 reflect on the Saying of Allah Almighty: “…And Moses had already come to them with clear evidences, and they were arrogant in the land, but they did not escape [Our punishment].” (Al-‘Ankabout (The Spider): 39)

8  In fact, the latter will totally destroy the other party; leading, then, to the sovereignty of the one and only and, consequently, the disappearance of creativity skills (as the flame of creativity never be aroused except through affliction, challenge and difference). Consequently, dull passiveness, rottenness and death will prevail (creativity, as similar as genius, does not fall from the sky for a lazy human).

9 a saying by our prominent professor Dr. Muhammad Emarah. 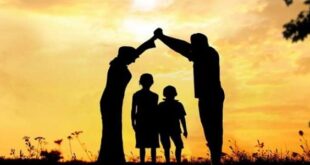 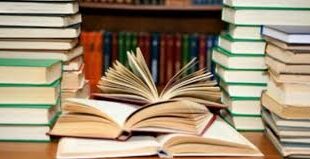 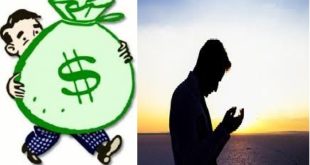 From the Narrowness of Materialism  to the Breadth of Humanity and Faith. Part. 3 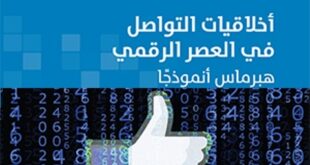